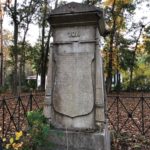 The land now known as I’On has a rich history dating back to the late 17th century when it was first settled, as well as the periods before that where there is clearly evidence of nomadic tribes who passed through.

Before this 243 acres of land was able to be developed, an archaeological study was commissioned. Samples were taken across the entire property at in a 36″grid. From this, a ‘map’ was created that tells much of the story of the land and the people who first settled here, farmed here, produced here and called this home.

History of the Land in I’On

I need a… bulletin board history

Your ticket for: I’On History